The graph is the final artifact, and can be referred to as your output model to keep in line with other machine learning frameworks.

A graph consists of one or more of your input features, some interactions between them and a variety of functions that have been fitted to your dataset, leading to an output.

An example graph for the iris dataset could look like this:

In an IPython environment, you'll be able to hover over each of the interactions to get a tooltip with the internal state of it - such as the weights, biases and encodings. 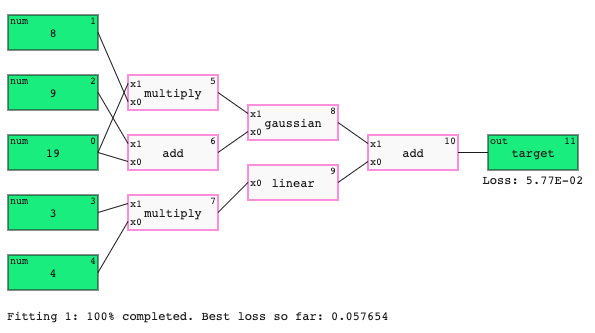 Having selected a best graph, we can now use it to produce predctions, and plot a confusion matrix: 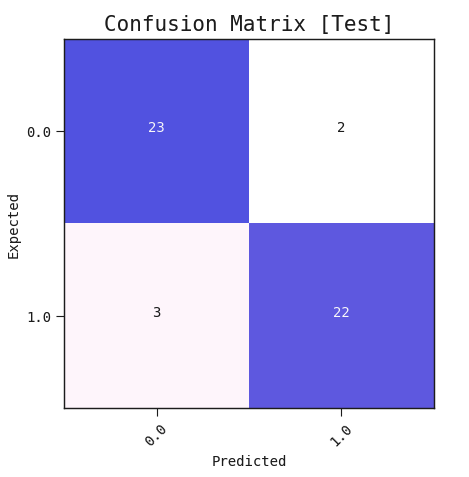 There's also plenty of other plotting functions, metrics and other goodies to use for inspecting graphs. You can see the full API reference here.